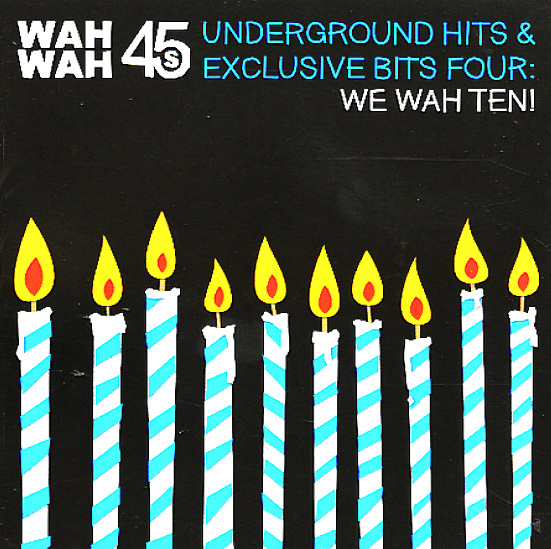 Wonderful work from the Wah Wah 45s label – an imprint that seems to get better and better all the time! The music here is really top-shelf all the way through – not just collected cuts from the label's other releases, but often tunes that are exclusive to this collection, or appearing on CD for the first time ever – a rich array of cosmic grooves, funky soul, and more – plenty of proof that Wah Wah 45s have been on the right track in recent months. There's a depth here that rivals the best of any other forward-thinking London label – and titles include "Step Forward (Chief's Step Up mix)" by Jamie Finlay, "Sem Amor (big band original)" by Colman Brothers, "Springtime" by Scrimshire, "Would You Cry" by Ashley Thomas, "Tip" by Stac, "Ancient Drum" by King Knut, "Invitation" by Alister Johnston, "Sun Will Shine (Scrimshire rmx)" by Part Time Heroes, "Be Kind To Your Mind (Red Astaire rmx)" by Kendra Lou & The Miracles, and "Red Waters (Lack Of Afro rmx)" by Middlewood Sessions.  © 1996-2021, Dusty Groove, Inc.