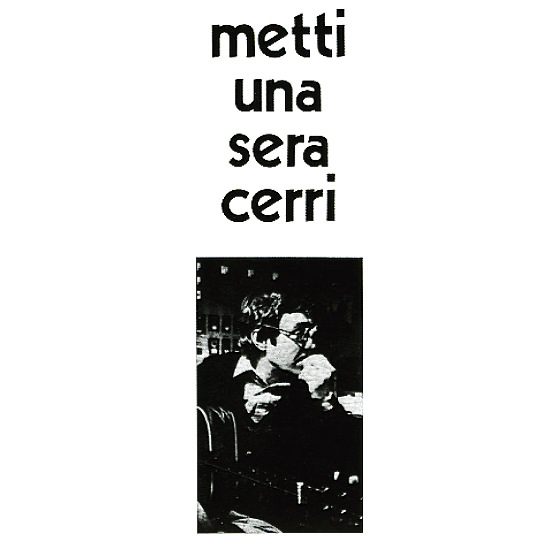 An unusual album from 1973 – one that has Italian guitarist Franco Cerri working with larger backings, in a style that's almost a bit like soundtrack work of the time! Franco's guitar lines are clean and clear – right up front in the mix, over a range of strings, plus bits of organ, harpsichord, and flutes too – all directed by the great Nando De Luca, with a feel that's warm and sweet, but never too mellow! The guitar glides nicely over the top – making for a really light sort of groove, and a change from Cerri's straighter work of previous years – on titles that include "Miss Iva", "Bostrizione", "Toilette", "Lady Stinta", "Penelope Jane", and "Vado E Tornio".  © 1996-2021, Dusty Groove, Inc.
(Limited edition of 500 – on white vinyl!)

Perigeo Live 1976
Contempo (Italy), 1976. New Copy 2LP Gatefold
LP...$59.99
Rare 70s live work from the legendary Italian group Perigeo – a combo who were very much both a jazz group and a rock outfit – and who work here in a concert setting that has the players really stretching out on their solos! You'll no doubt recognize some of the quintet's players here ... LP, Vinyl record album