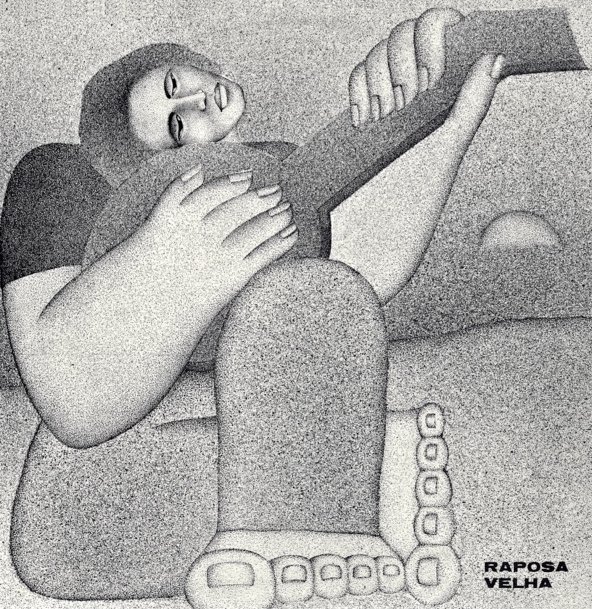 An incredible bit of Brazilian jazz from the start of the 80s – and like so many of the best records from that scene, a set that's not easy to describe in more familiar modes! There's electric instrumentation in the lineup, with some especially nice guitar – but the record's not a conventional fusion set, as the acoustic rhythms go off in all sorts of wonderful directions – maybe not as totally offbeat as in work by Hermeto Pascoal, but certainly not mainstream either! The set also has lots of strong moments of sonic interplay too – allowing the trombone to resonate with the bass, or creating all sorts of cool flutters from the saxophones of Zeca Freitas, who also plays lots of keyboards too. Paulo Brasil handles the guitar – and titles include "Passagem", "Luiza", "Vitor", "Vinheta", and "Tema Da Luz".  © 1996-2022, Dusty Groove, Inc.