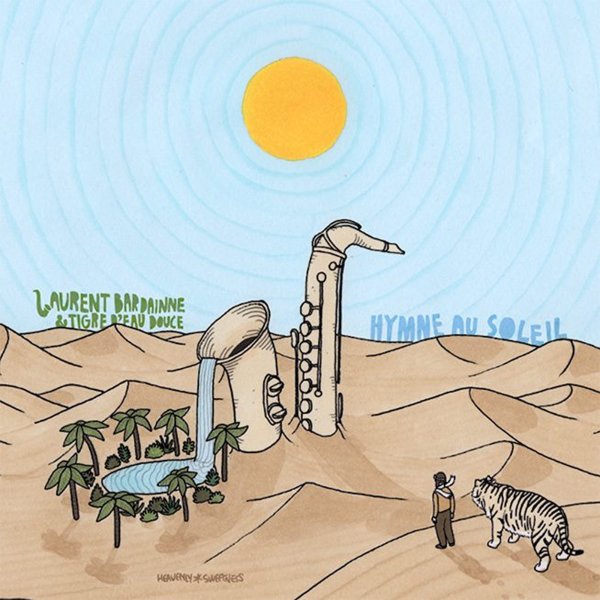 Also available
Laurent Bardianne & Tigre D'Eau Douce — Hymne Au Soleil (180 gram 45rpm pressing) ... LP 26.99
A beautiful hymn to the sun from saxophonist Laurent Bardianne – an artist who's not afraid to play with the rhythms a bit, while still offering up some jazz-based material at the core! Bardianne plays tenor in a quintet that also has lots of great Hammond organ from Arnaud Roulin – and both artists add in a bit of electronics too – but the most striking aspect of the record might be the rhythms, which are served up in blend of bass from Sylvain Daniel, drums from Philippe Gleizes, and percussion from Roger Raspail – all players with a real global sensibility, who push the music past standard jazz, with a very free-flowing vibe. The whole thing's very much in the best cross-cultural mode that we love from the French Heavenly Sweetness label – and titles include "La Vie La Vie La Vie", "Adieu My Lord", "Destination Danger", "Verte Gronouille", "Sarang", and "Kenya Sunrise".  © 1996-2022, Dusty Groove, Inc.