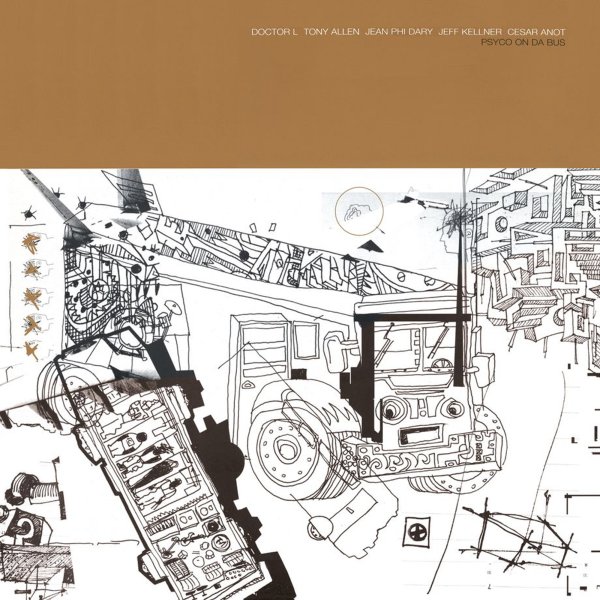 Excellent work, very much in the same tradition of some of the Comet Records releases by Tony Allen – no surprise, as the group features Allen on drums and vocals, plus work by Doctor L and other French crossover funk luminaries. The set has a downtempo dubby Afro Funk feel – if you can imagine that – with bits of jazz and dub coming together in spacey production, inflected by touches of African rhythms. Titles include "Push Your Mind", "Afropusherman", "Never Satisfied", "Many Questions", "KIS Compatible", "Pictures Talk", and "Hand Full Of Sands".  © 1996-2022, Dusty Groove, Inc.

Untitled (Rise)
Forever Living Originals (UK), 2020. New Copy 2LP Gatefold
LP...$44.99 61.99 (CD...$16.99, CD...$22.99)
A record with an unassuming cover, but with a deeply soulful sound that comes across right away – a spare blend of simple beats and well-crafted basslines, topped with vocals that almost seem like they're trying hard not to get in the way of the groove! The approach is great – gently ... LP, Vinyl record album