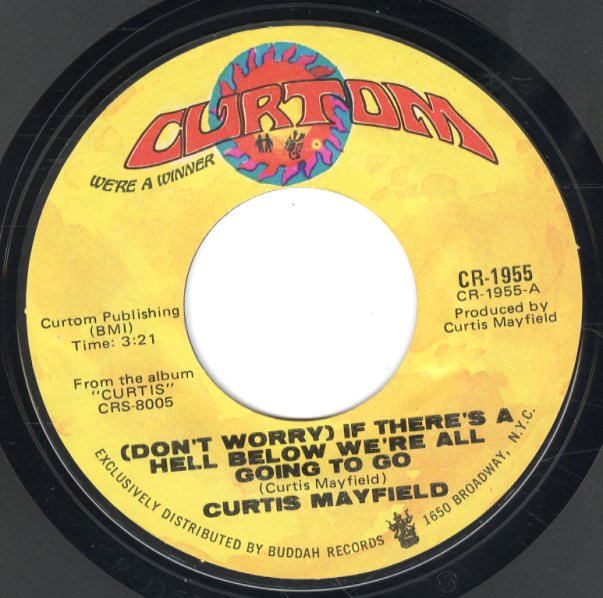 Two classics from Curtis' first solo album! "Hell Below" is here in a shorter single version – leaving off the intro, and beginning smack in the middle of the tight wah wah groove. "Makings Of You" is a mellow track with a floating and baroque quality – strings and soul coming together, almost in a Charles Stepney mode, with wonderful wonderful vocals from Curtis!  © 1996-2021, Dusty Groove, Inc.
(Vinyl has a slight warp but plays fine. Label has a bit of pen.)